RATP and Verlinde: a robust partnership! 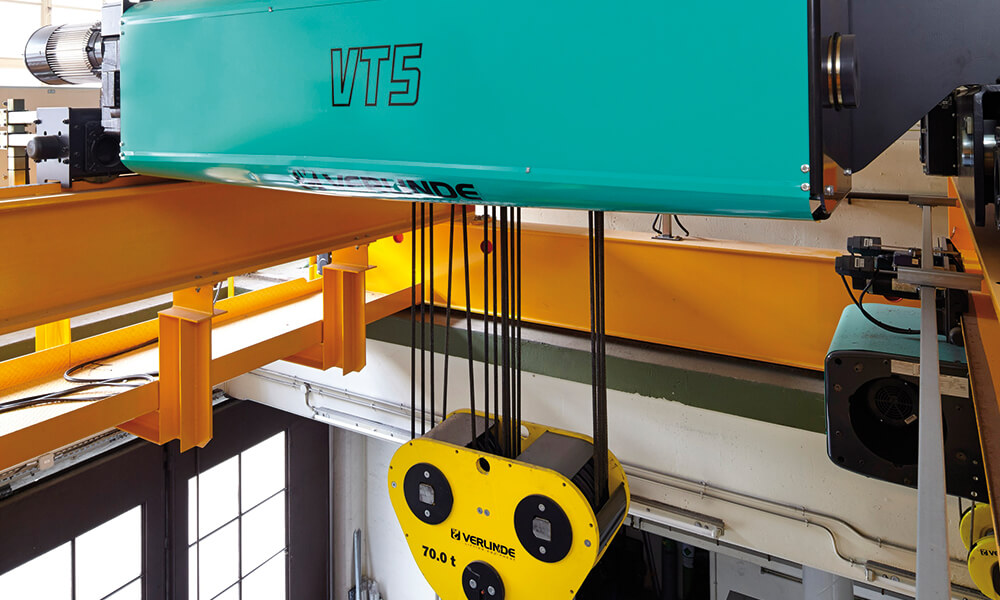 The millions of passengers who use the Parisian and suburban public transport system daily will tell you that electricity is the driving force behind the system, but nearly everyone is unaware of the technical challenge of ensuring the continued supply of power to the network 24 hours a day, every day of the year. According to RATP* records there has never been a general power cut in the Paris Metro.

The large 1960's RATP* building houses one of four high voltage stations that, through a network system with seven other stations, provides the electrical power not only for the Metro, RER and tram systems but also for RATP*offices and workshops. As one of RATP's basic rules is to provide a secure energy supply, two EDF supplies of 63,000 V are fed to the High Voltage circuit breakers at the Lamarck station. Both inputs supply a transformer to reduce the voltage to 15000V which, after being routed through the rectifiers, supply 1500V DC to feed the RER network and 750V DC for the tram and Metro networks. The two transformers, the circuit breakers and rectifiers have strategic roles to play in running the RER, tram and Metro networks. To back up this power supply system, a 1,500 kW electricity generator is ready to start at any time. This power supply ensures current is fed to safety equipment, escalators and lighting in the event of large-scale power failures. The electricity generator, an important backup power system, must be frequently started up to ensure its serviceability.

Equipment at the Lamarck power supply station is oversized in weight or volume and requires specific machines to handle it. A Verlinde suspended crane was installed in April 2011 replacing equipment that had seen more than forty years of service. To meet various requirements, two hoists are mounted on the new suspended crane. One, with a double hook, has the capacity of lifting loads of 70 metric tons. The other is an auxiliary hoist with a load capacity of 10 metric tons. Travelling on the same roller path, the two hoists are fully complementary. For Eric Serra Bel, one of whose duties is managing hoist operations: "The 70 metric ton hoist is needed to lift transformers. It is indispensible and its reliability is vital because in the event of failure or maintenance, it is the key to snag-free operations. It will obviously be used only occasionally, luckily, as transformers are hardly ever changed but this 70 metric ton hoist must be in place permanently and ready to operate. On the other hand, the 10 T hoist is frequently used to load and unload materials, handle cable drums, slings, measurement tools, consoles, circuit breakers or equipment required by the electricity generator. It is also indispensable for raising slings hooked onto the double hook 70 metric ton hoist when transformers are being handled. It should be pointed out that everything handled here is heavy and cumbersome."

With the concern of maintaining the same service quality and reliability, a decision was taken to change the lifting equipment after its forty years of faithful service. To meet current RATP* procedures, an invitation for tenders was published. Says Eric Serra Bel: "For this type of equipment with a long life span, even if the price is an important aspect of selection between the products of various suppliers, other criteria are fundamental because our responsibility for the equipment is involved. Indeed, for RATP, when a station as strategic as one involving the power supply of the network, the manufacturer, long-term maintenance, after-sales reactivity and technical excellence must be taken into account.

François Mathys, engineering manager of Manulec, whose specialty is lifting and handling equipment, points out: "We have worked for many years with RATP* engineering departments. We are therefore well aware of their rules for the selection of equipment. This suspended crane is built for a minimum service period of thirty years. It was therefore out of the question of setting up equipment of a size meeting current constraints. We therefore opted for a 120 metric ton suspended crane that we downgraded to 70 metric tons. For the acceptance procedure, in order to validate its load capacity, we tested the crane at 90 metric tons meeting all safety conditions while complying with the 125% load testing regulation. Furthermore, we recommended a double hook hoist enabling balanced slinging with even distribution of handling gear. One should realize that the weight of the slings is such that the 10 metric ton hoist is indispensable to successfully accomplish an operation that lasts at least two hours."

Meije renews the overhead crane of a hydroelectric plant

VERLINDE launches its new partnership program for all its customers